skip to main | skip to sidebar

No more vacations in Turkey

We, Israelis , like to spend our vacations in Turkey: we're very loyal tourists in this country- and perhaps it's time to change our priorities.
The Turkish prime minister mr. Recep Tayyip Erdogan, a fanatical Muslim who wants to go back in time and turn Turkey into a dark middle aged country, now makes special efforts to denounce Israel . at the same time, he tries to compel conservative rules in his modern country. A country which was led by the vision of Atta Turk, who imposed western standards in Turkey at the beginning of the twentieth century.

I fear Turk is now rolling over in his grave, to see Erdogan destroys each hint of occidental lifestyle in his land.

Turk. A great and admired leader may now overlook his beloved land, becoming more and more extremist – laying foundations towords a declaration that women ought to cover and hide behind a veil.

No wonder, of course, that it's all done under the patronage of prime minister Erdogan, who refused Israeli air force participating in an international military maneuver in turkey: a NATO war-games exercise, code-named Anatolian Eagle.

A decision which led the U.S. and Italy to pull out as well.

This, as well as spreading lies about Israeli army and a consistent policy of inciting against Israel, are a very good reason for us to stop using the Turkish touristic option.

It's quite clear where Erdogan is looking:

Therefor, he does not think twice when he tells students that: "the Jews invent things and then sit back and make money off those inventions."

So, let's invent a way to tell him what we really think of him and his regime.

Email ThisBlogThis!Share to TwitterShare to FacebookShare to Pinterest
תוויות: fed up

I had a dream. No kidding.

And in my dream, Judge Goldstone (a South African Jew) said that Israel is a war criminal. And in my dream, Goldstone's committee fell asleep while 'listening' to the testimony of an Israeli citizen, a Sderot resident telling them about the missiles shot at Sderot from Gaza, about the traumatic experience he and other people who 'live' next to Gaza are suffering from, all along last seven or eight years.

And then I was dreaming of president obama's decision to withdraw from the American policy to defend Europe from the Iranian missiles which made me think of the unbearable lightness of the world's attitude towards huge risks growing in front of our eyes.

And I thought it must have been a dream. a nightmare.

But then I heard Iran's president, speaking to the world at the U.N. committee, and having a conversation on american T.V. channel about the holocaust . and I said to myself that it was right on time for Mr. Netanyahu to tell the whole world what he (and me) think of the U.N.:  This was a good chance to expose hypocrisy and double standards within the organization which let Mr. Ahmadinigad take a speech under it's roof.

And then I woke up (Thanks God) into a real nightmare : looking at the mirror, I found out that my hair  looked awful. Just the way it looked in my dream. Well, I forgot to tell about this part.

Thank god the hairdresser can fix that one. Must rush to her..
פורסם על ידי Ora Arif Katz: orarif ב- 11:49 AM No comments:

Email ThisBlogThis!Share to TwitterShare to FacebookShare to Pinterest
תוויות: make love, not war

The Israeli film maker Shmuel Maoz won last night the top prize: The award of the coveted Golden Lion to 'Lebanon' , at the Venice film festival


After he was declared winner, he was interviewed by Israeli news channels. Maoz sounded very excited by the winning itself, and more than that, by the responds he got few minutes after the announcement .

It was very important for him, so he said, to hear that people, from many countries, who presented their work at the film festival, assured him that from now on, they're going to look at Israelis in a different manner: that his film made a difference for them, made a change in the way they used to relate to Israelis. That looking at a war from the womb of a tank looks utterly different.

Maoz told in interviews that it took him over 23 years to start making this movie, describing his personal experience as a young soldier at the Lebanon war (1982) ." It's not a political movie", he announced , and indeed, the spectators were impressed especially by the horror of battle which could be in any war around the world- as one of the critics said.

The New York Times called it "an astonishing piece of cinema."

Email ThisBlogThis!Share to TwitterShare to FacebookShare to Pinterest
תוויות: make love, not war

Women- all around the world 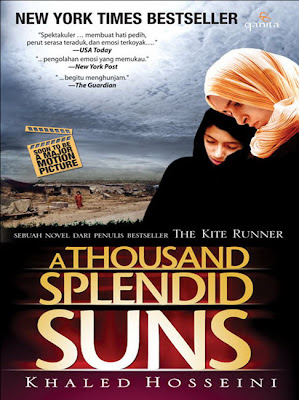 The french television channel, tv5 , presents a very interesting program called 'envoye special' ( a special envoy).
On Tuesday eve, they screened a documentary short film , made in Afghanistan, describing the life of women in this tortured , ripped land.
The brave reporter, I don't recall his exact name, but I think it was Jules Giliers, participated in a Taliban meeting with educational representatives from Kandahar ,trying to perform a tolerant appearance.
But the facts are quite different.

Many representatives of the local authorities as well as people from the street , said that women's place is at home. Women are not allowed to go to school- and when they go, they literally risk their lives.
Schools for women are situated in clandestine places, in dark alleys, and are relocated from time to time in order to avoid an exposure by Taliban- which means death sentence.
The film shows a building, destroyed and burned by Taliban, as a result of disobeying the draconian rules.
The most difficult scene in this film, was the one of a 17 years old girl, burned by her father and her husband. The young girl, wrapped with bandages from head to legs, is encouraged by the local women's rights lady activist, telling her:" luckily, you can still talk.".
Women's oppression all around the world is ignored . It relates to murder of women in order to defend the 'family's honor' which happens as well within Arab-Israeli families. Abuse and even murder of women occurs whithin Jewish families and it happens everywhere- even in Sweden as described by Stieg Larsson in his book 'the girl with the dragon tatoo' . Estee Segal wrote about it in the Hebrew website 'notes'.
Movements for human right tend frequently to ignore women's rights. There's no way the western world could defend women – neither in fanatical regimes nor in the modern world.
The American author of a Afghan origin, Khaled Hosseini, whose book's cover appears above, describes in a very vivid way, the phenomena of living under a caotic and cruel control, especially for women.
פורסם על ידי Ora Arif Katz: orarif ב- 1:43 AM 2 comments:

Email ThisBlogThis!Share to TwitterShare to FacebookShare to Pinterest
תוויות: freedom

About inciting, terrorism and freedom of speech (and arts)- and also something about death penalty

When the whole world is threatened by terrorism, I believe it's a good time to ask ourselves few questions about surrendering to terrorism, as well as wondering about limits of artistic and creative freedom and its clash with democratic values

.A major problem Israel is dealing with during the last few years, concerns the efforts to liberate our soldier Gilad Shalit, who was captured and held by Hamas over three years ago. Hamas, a terrorist bloody organization by all means, claims the liberation of more than 1,000 terrorists imprisoned in Israeli jails, many of them murderers of children and innocent people, just because they're Israelis
.And what would have Hamas done if those killers were not in Israeli jail? how would they 'trade' for Shalit?
It might sound like a retorical question, unless the whole modern world will rise up and ask if there's no place to adopt death penalty for terrorists accused of murder or sending suicide killers to commit murders.Such a decision may put an end to the method of kidnapping people in order to release heavy criminals, who turn the life of people all around the world into hell. It may, as well, clarify that human life is not for bargaining: we're not living in a Turkish bazar
.I wrote about it few months ago, in my Hebrew website.

From the narrow point of view presented here by an Israeli citizen and journalist, I heard just today about a new exhibition, displayed at the house of journalists in TEl AVIV, which gives a stage to palestinian women murderer terrorists, praising them and making heroines out of them, while their images are wrapped in a golden aura.

Once again, it arouses the common local polemic, followed by the false publication in a Swedish newspaper , claiming that Israeli soldiers killed Palestinians in order to trade with their organs: a total lie , of course, but the damage was done. The Swedish government even refused to interfere.


I may well admit, right now, that these phenomena where a major motivation to open this blog.
In fact , there are some radical Israeli 'spokesmen', who are very welcome in universities, newspapers and other forums in the western world, and some of them use to twist the truth. And much more than that: their views do not at all represent the Israeli public, nor they serve the pure truth of what's really going on in Israel under fanatic Islamic threats.
פורסם על ידי Ora Arif Katz: orarif ב- 12:59 AM No comments: